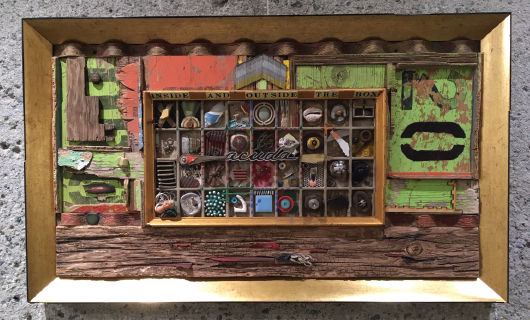 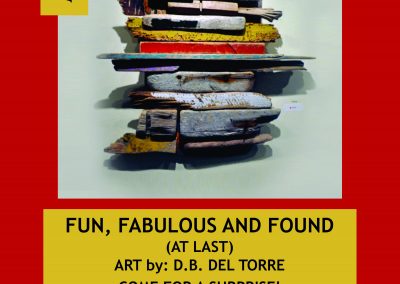 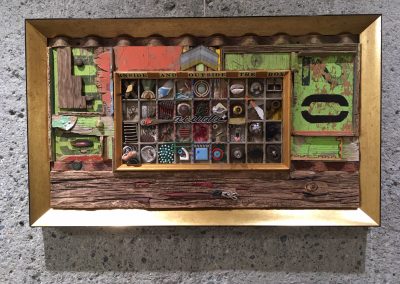 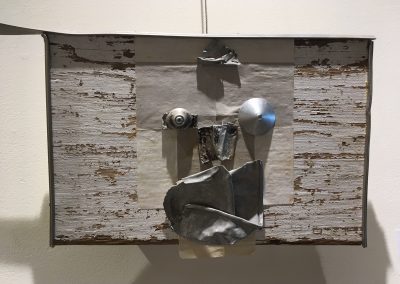 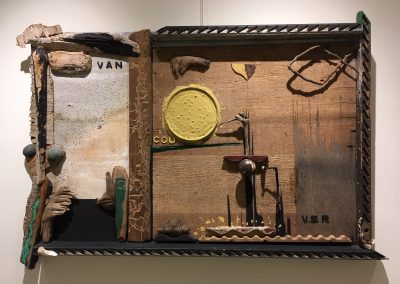 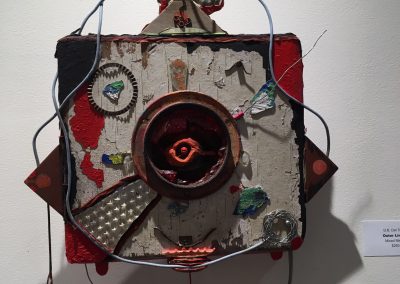 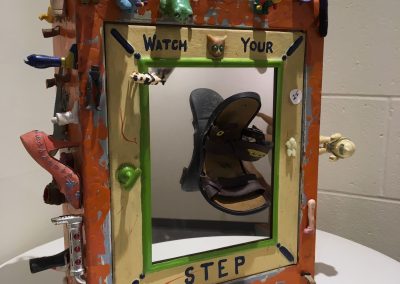 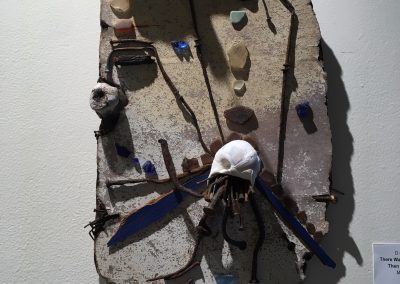 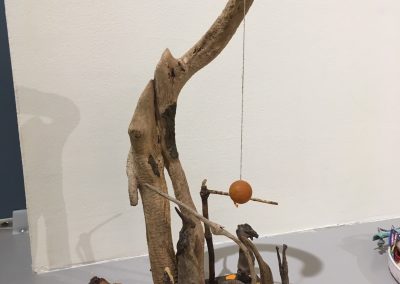 Don’t miss the latest CVAC show – In The Gallery

This artist’s creations “are enhanced by materials that show the patina of time, whether it is old commercial signage or a collection of balls. Then he combines them so the shapes and colours give the conglomeration a new meaning. Highlights in Del Torre’s 30-year career in landscape design and maintenance include work on the Nitobe Memorial Garden at UBC and the Japanese garden at Ottawa’s Canadian Museum of History. Working in landscaping also provided thousands of found objects and inspiration for the self-taught artist. Beaches offered bountiful flotsam and jetsam as well. Now Del Torre is a master of using junk as his medium. ‘Picking up something that’s been forgotten and swirling in the amnesia of history has defined my art,’ he said. ‘My hope is viewers see something that reflects their history.’”

He had several successful shows in Vancouver from 1998 to 2016, and his work is in private collections from B.C. to New York City. Del Torre and his family relocated to the Cowichan Valley in 2016. This is his first solo show at CVAC’s Gallery. He will be in attendance throughout the show.

Want to support the arts in our Community? Become a Member