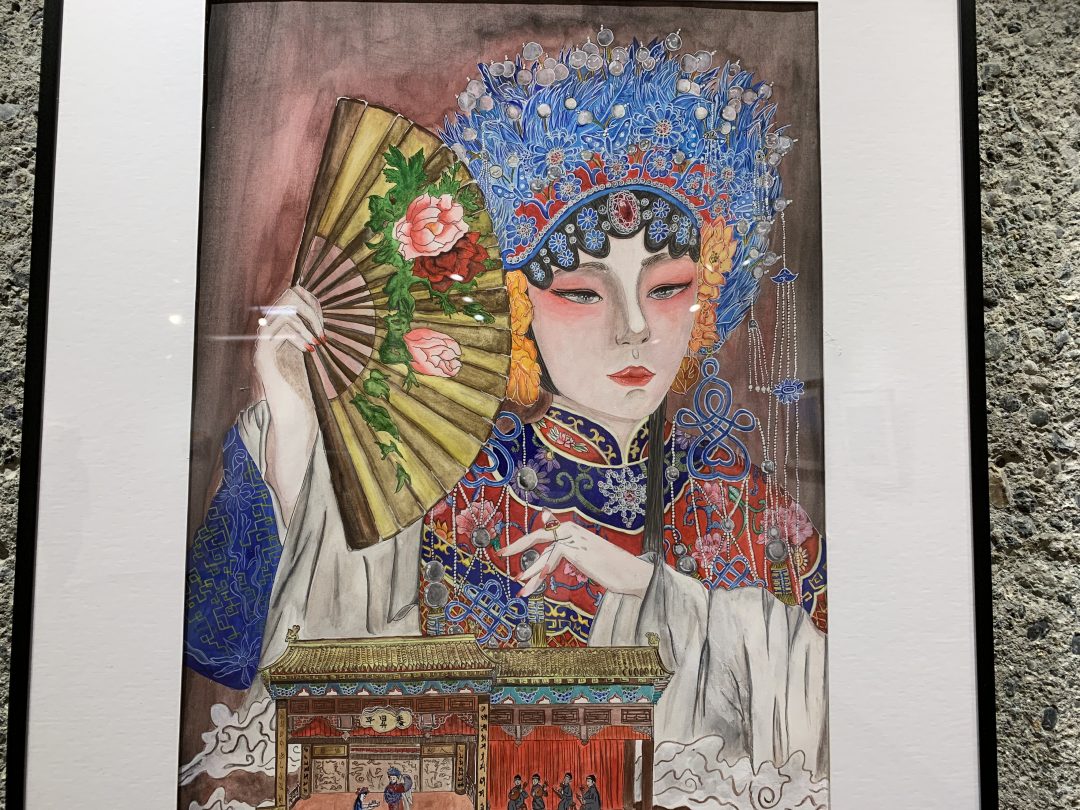 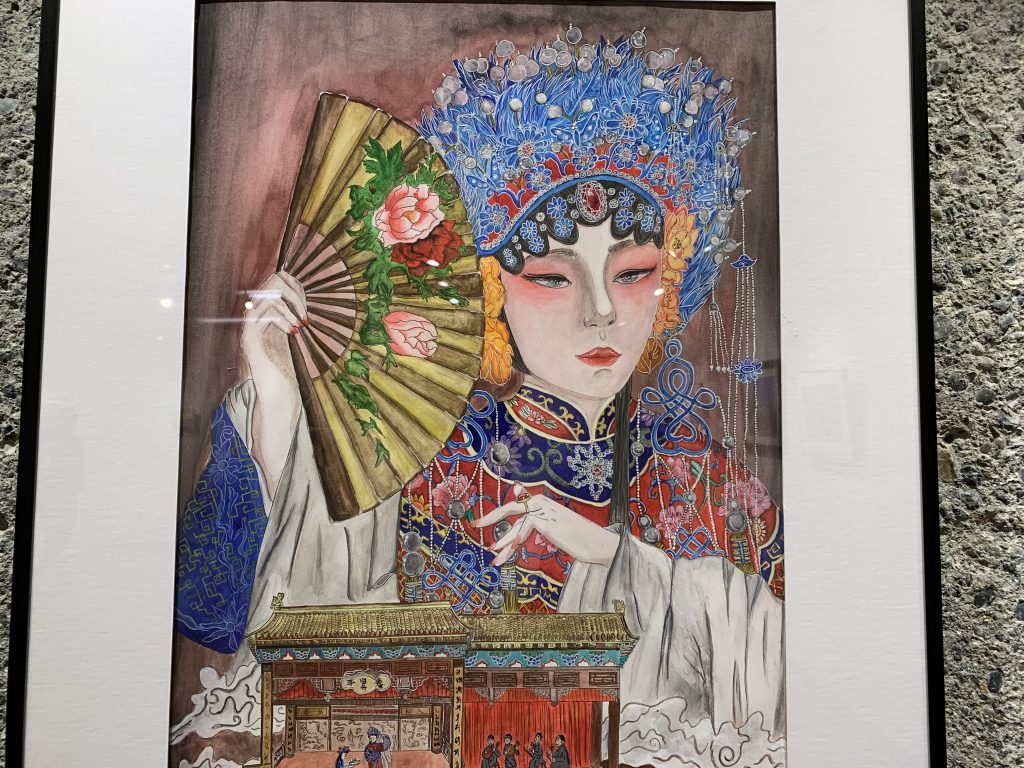 “The Drunken Concubine” is based on the story of Yang Guifei, a Chinese historical figure from the Tang Dynasty. The play describes Yang Yuhuan was deeply favoured by the Emperor Xuanzong of Tang. It was about the Emperor Xuanzong of Tang to go to the banquet at the Flower Pavilion, but Yang Guifēi waited for a long time and then knew that the emperor had already turned to the West Palace, so she was ashamed and angry and drunk. The plot was eventually adapted into a drama. At the bottom of the painting there is a movement of squatting to grab a glass, bending down, then turning over, holding the glass in your mouth, and leaning forward to look for the plate to hold the glass. The inspiration for this picture comes from a TV drama about Chinese opera that I watched before. Through actions, lyrics and tunes, Yang Guifei expressed her complex feelings from expectation to disappointment and then to resentment.